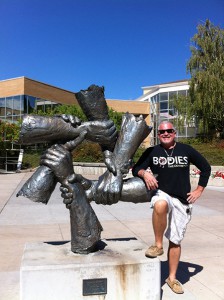 Gary Lee Price was born with the innate ability to communicate stories by ‘simply’ breathing life into his clay and ultimately bronze. His multiple award-winning sculptures commandeer the power and grace of life as we know it. Gary’s tenacious 40 year crusade has been fueled by a desire to lift the human spirit through sculpture. And that he has done, and then some.

There are thousands of Gary Lee Price originals that have been sourced and ultimately acquired by public and private collectors from around the globe. His work can be found in galleries, museums, libraries, corporations, cities, educational institutions and of course, in homes.

More of Gary’s award winning work can be found at the Springville Museum of Art; Culver Military Academy of Culver, Indiana; Westside Preparatory School of Chicago; Rich De Voss Women’s and Children’s Hospital of Grand Rapids, Michigan;  Dallas Arboretum & Botanical Gardens; Birmingham Botanical Gardens; Scottish Rite Children’s Hospital of Dallas, Texas; University of California Berkeley; Cessna Aircraft of Wichita, Kansas; and many more places of private and public gatherings. The 11-foot “Celebration!” featuring joyous children celebrating life and soaring around a globe, was first unveiled in Surrey, England at the American Community Schools. A similar sculpture was dedicated in Decatur, Georgia by former First Lady, Rosalyn Carter. Gary’s sculpture “Communion,” a 15-foot monument portraying touching hands, graces the United Methodist Church of Brentwood, Tennessee. The interaction-of-hands theme has been an important aspect of his work as reflected in other pieces such as “Synergy,” Helping Hand,” “Ascent,” “Circle of Peace,” “Circle of Friends,” “Hands of Humanity,” and “Hands of Peace.” Two of his flight themed sculptures were recently acquired by the Air and Space Museums of San Diego and Seattle, life-sized Orville and Wilbur Wright and Amelia Earhart, respectively.

Gary Lee Price graduated from the University of Utah in 1981 with a BFA in painting and drawing. In 2001 Gary was honored with the “Governor’s Mansion Artist Award” from Utah Governor Michael Leavitt for his outstanding support of the arts.

One of the most significant moments in Gary’s life as an artist happened in 2005. In that year, Gary was chosen by Dr. Stephen R. Covey to create the 300-foot Statue of Responsibility, a project envisioned by Dr. Viktor Frankl. Frankl, renowned author of the book “Man’s Search for Meaning” shared his vision, to bookend the East Coast’s “Statue of Liberty” with a West Coast “Statue of Responsibility”.

The history making “Statue of Responsibility” project is currently in pre-production. In, 2010 the Utah Legislature passed a recurring bill recognizing Utah as “The Birthplace of the Statue of Responsibility”. In 2014 Gary was elected to ‘Fellow’ status of the National Sculpture Society by his peers on the basis of not only the quality of his work, but his contributions to the art world in general, including education.

Gary has always been an intrepid traveler and he revels in the R & D process. He has been blessed to work with many generous and selfless mentors and his dream is to pass on those gifts to others. Gary believes in ‘perpetual student-hood’ and teaches regularly at his studio and other venues.

“I hope I can assist the world in visualizing a place where fences and boundaries, both real and imagined are non-existent.” Gary continues, “To see a place where bias and prejudice are long forgotten; a place where acts of kindness, mutual respect, and love become everyday events.”

Gary’s affection for world peace is deep seated. At the tender age of 6, Gary Lee Price endured what many of us could not. A little boy witnessed the unexpected and tragic loss of his parents and then became a victim of child abuse. Gary took that clay and molded his adversities into unbridled passion. A passion for positivity was born and one that knew no bounds. Art chose Gary. Gary chose Humanity. And to this day, Gary’s work continues to glisten, with light and hope for a better world.

The 63-year-old sculptor resides in AZ., with his wife Leesa Clark-Price. Together they have 9 children and 16 grandchildren. He credits his success to his mother, who before she passed,  instilled in Gary the ability to express himself through art; and to his children who provide constant inspiration. Gary’s favorite sculpture is a recent life-size bronze bust that he sculpted in Tubac, Arizona of his wife, Leesa Clark Price entitled “Oracle”. He says, “When you spend hours delineating marvelous, unique details, and looking into your best friends’ eyes, it can be supremely spiritual.” 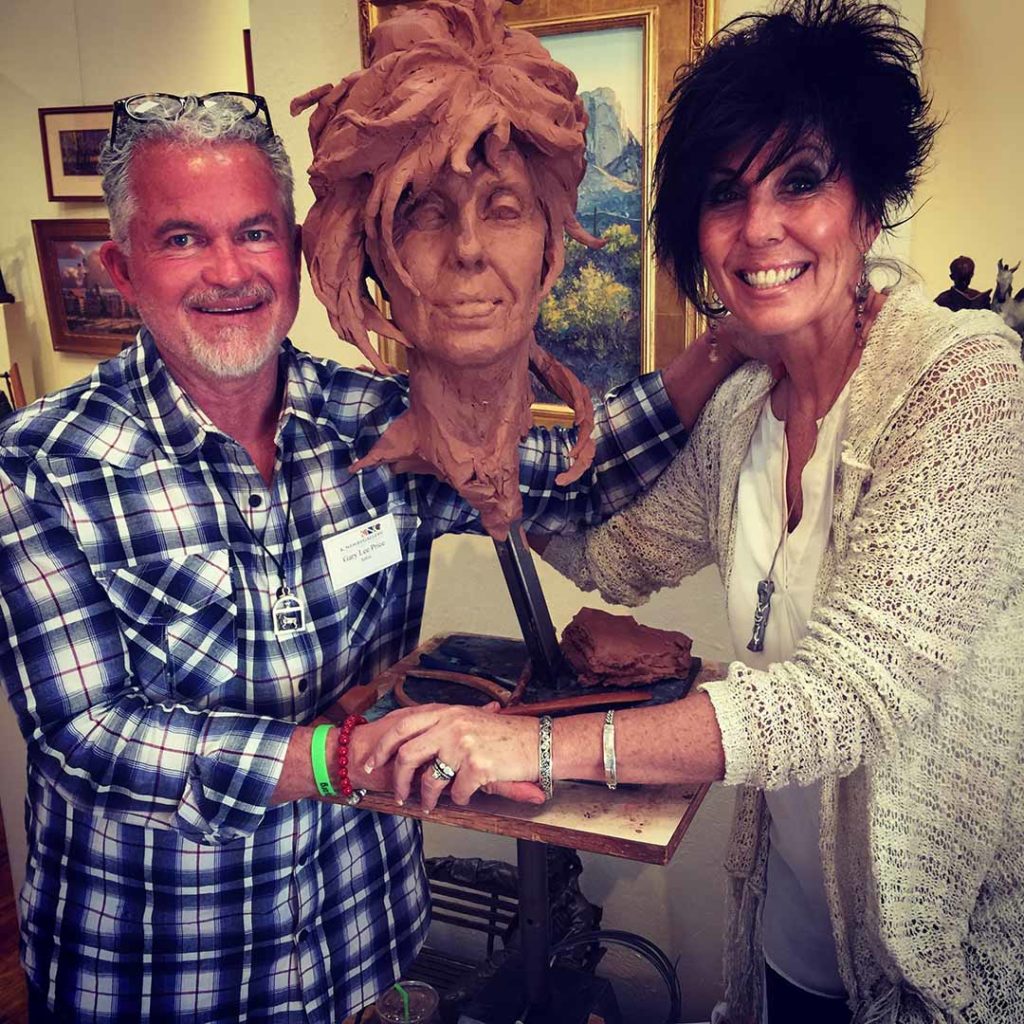 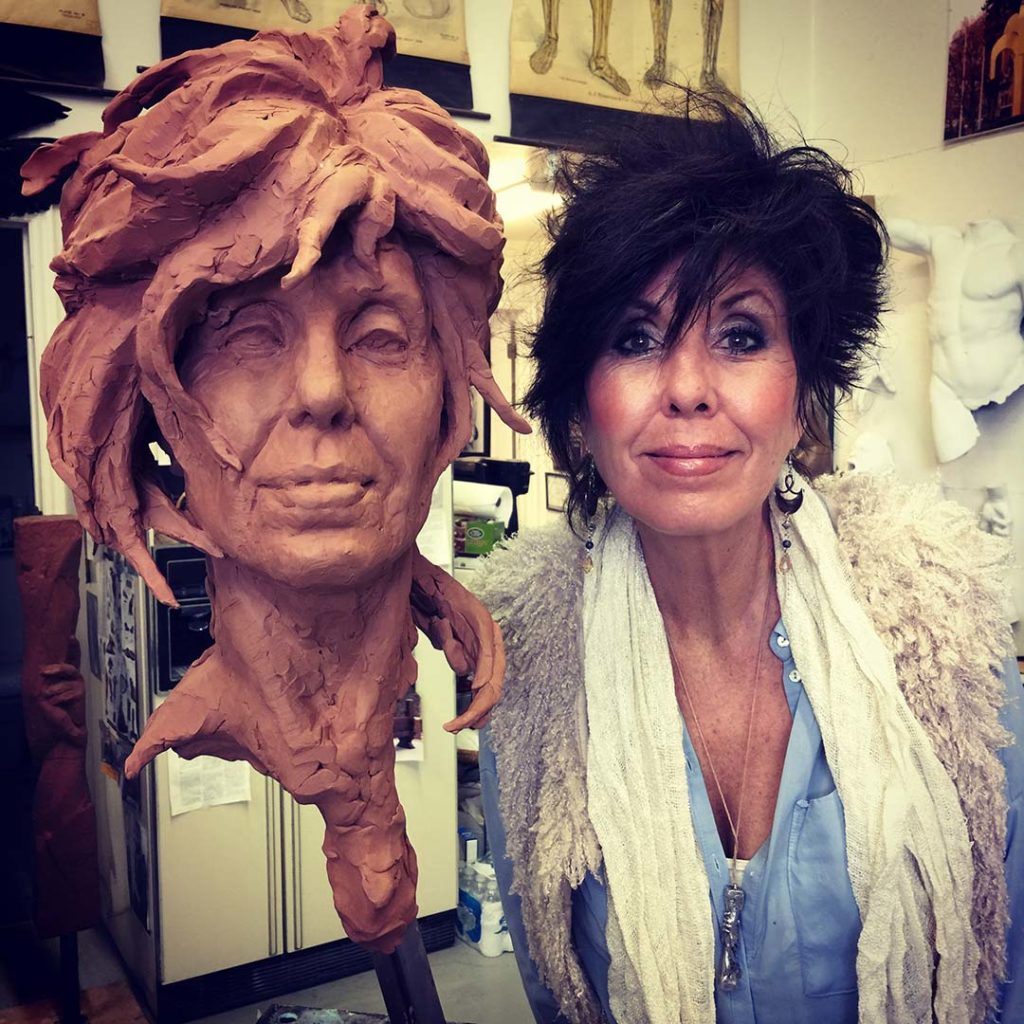 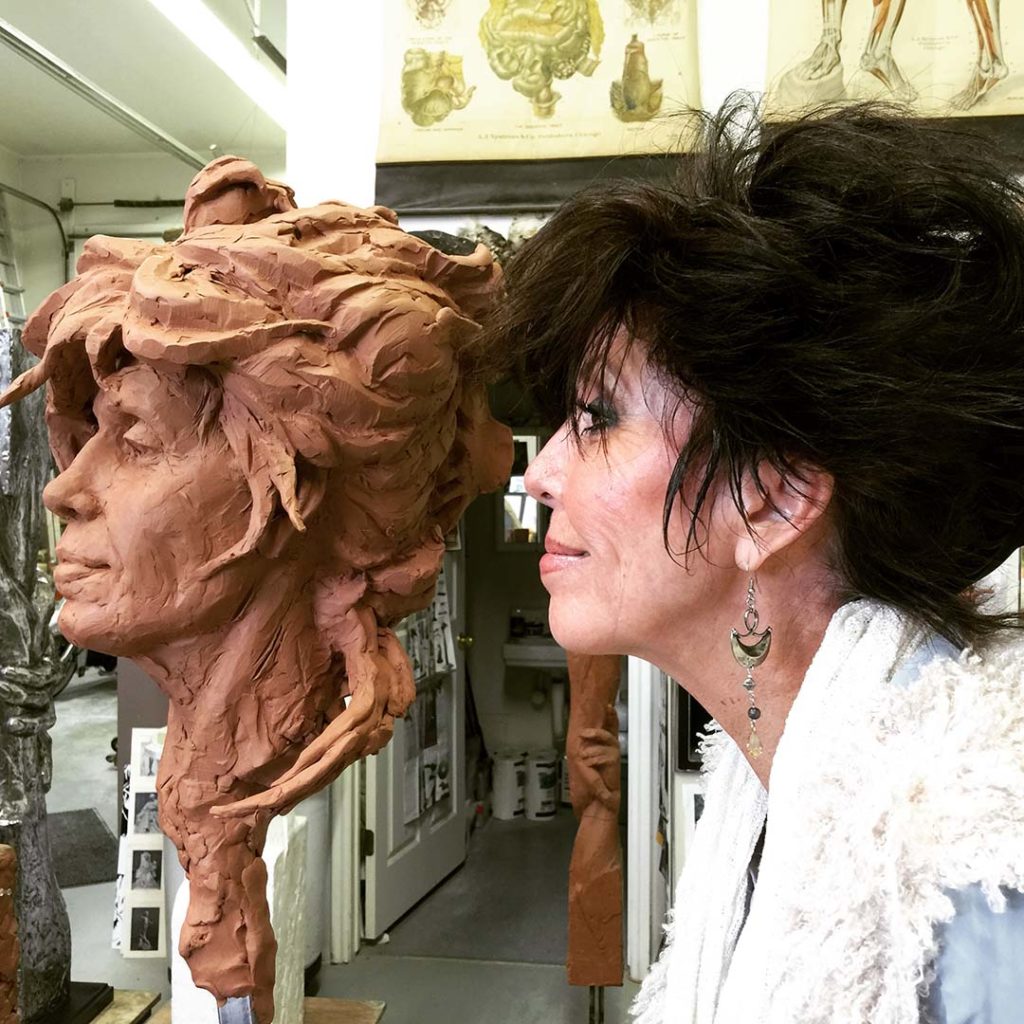