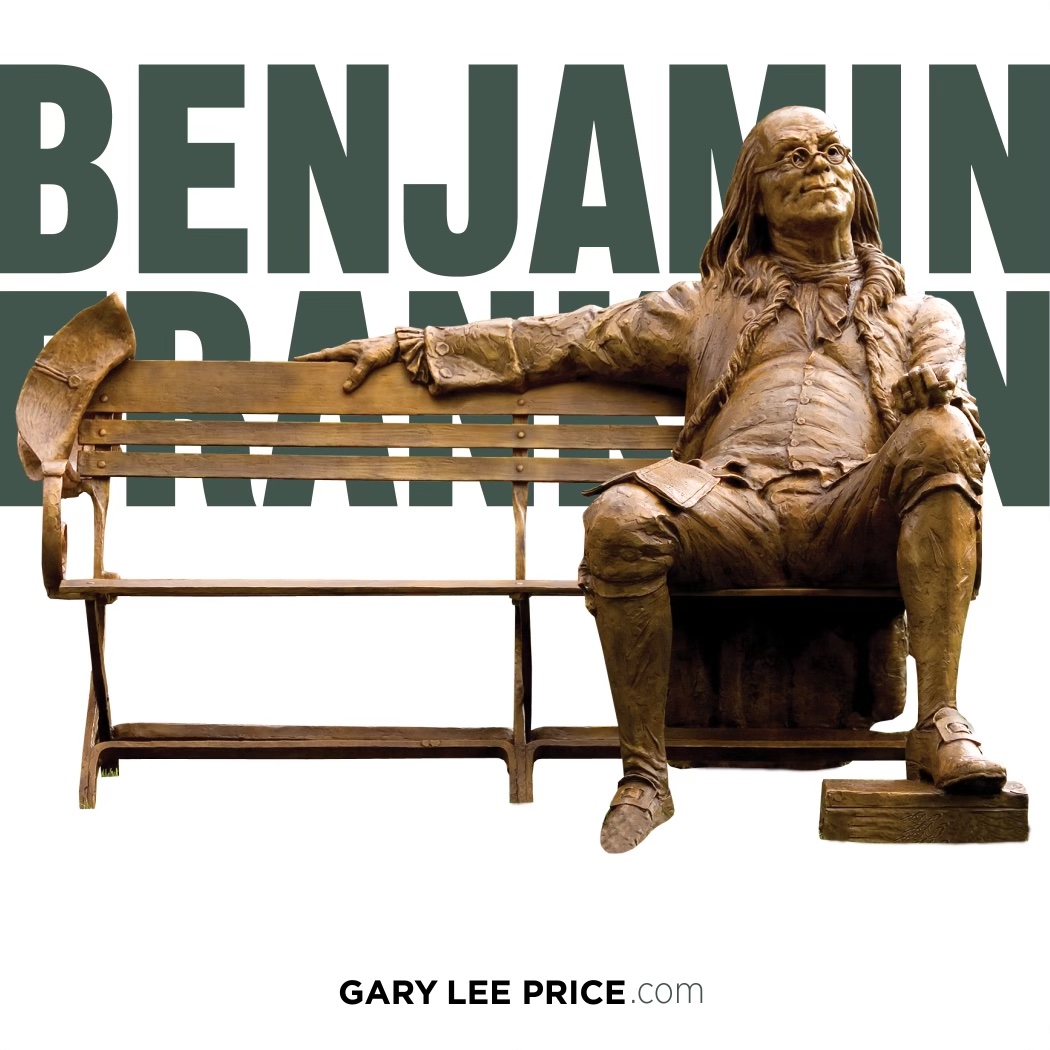 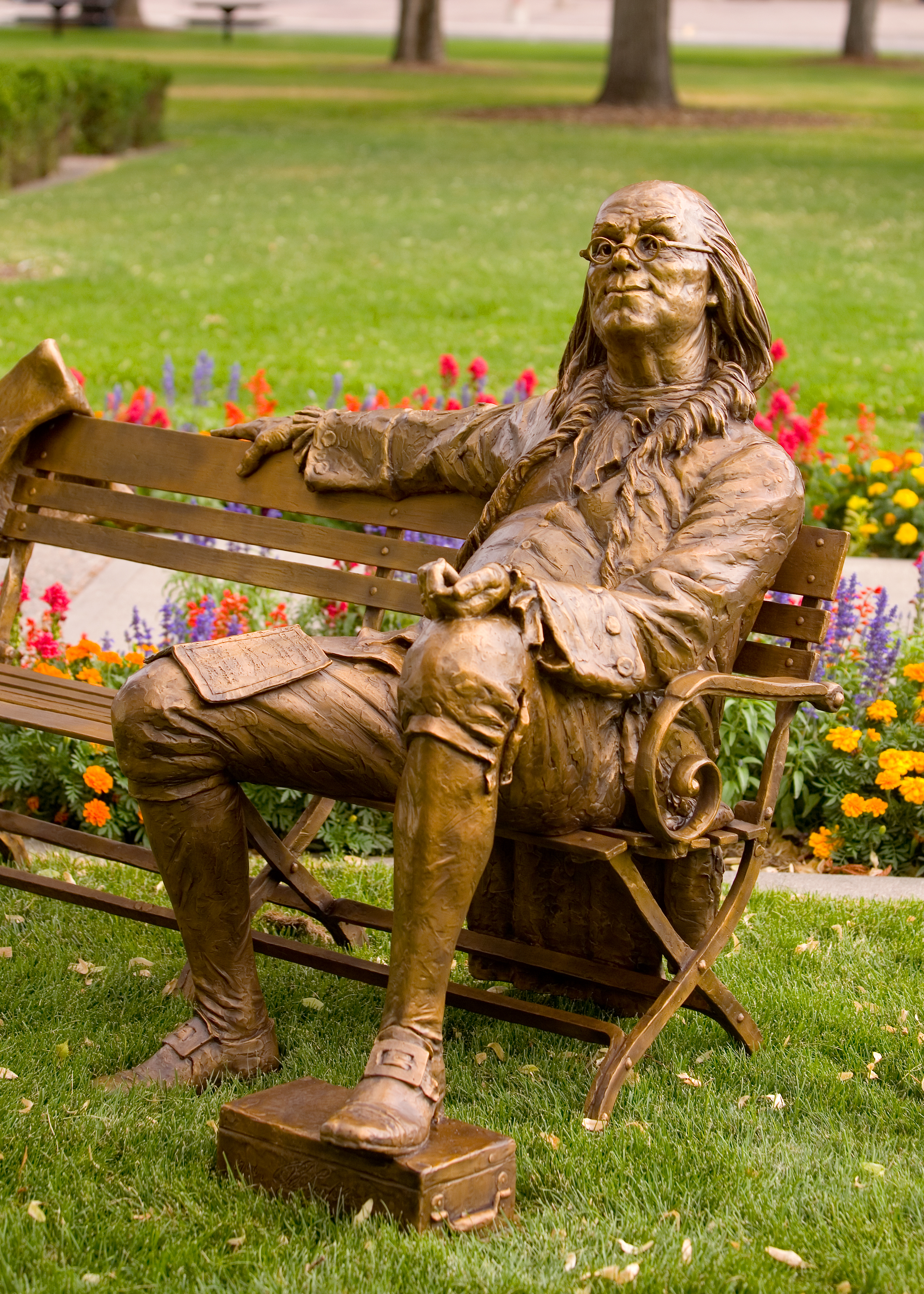 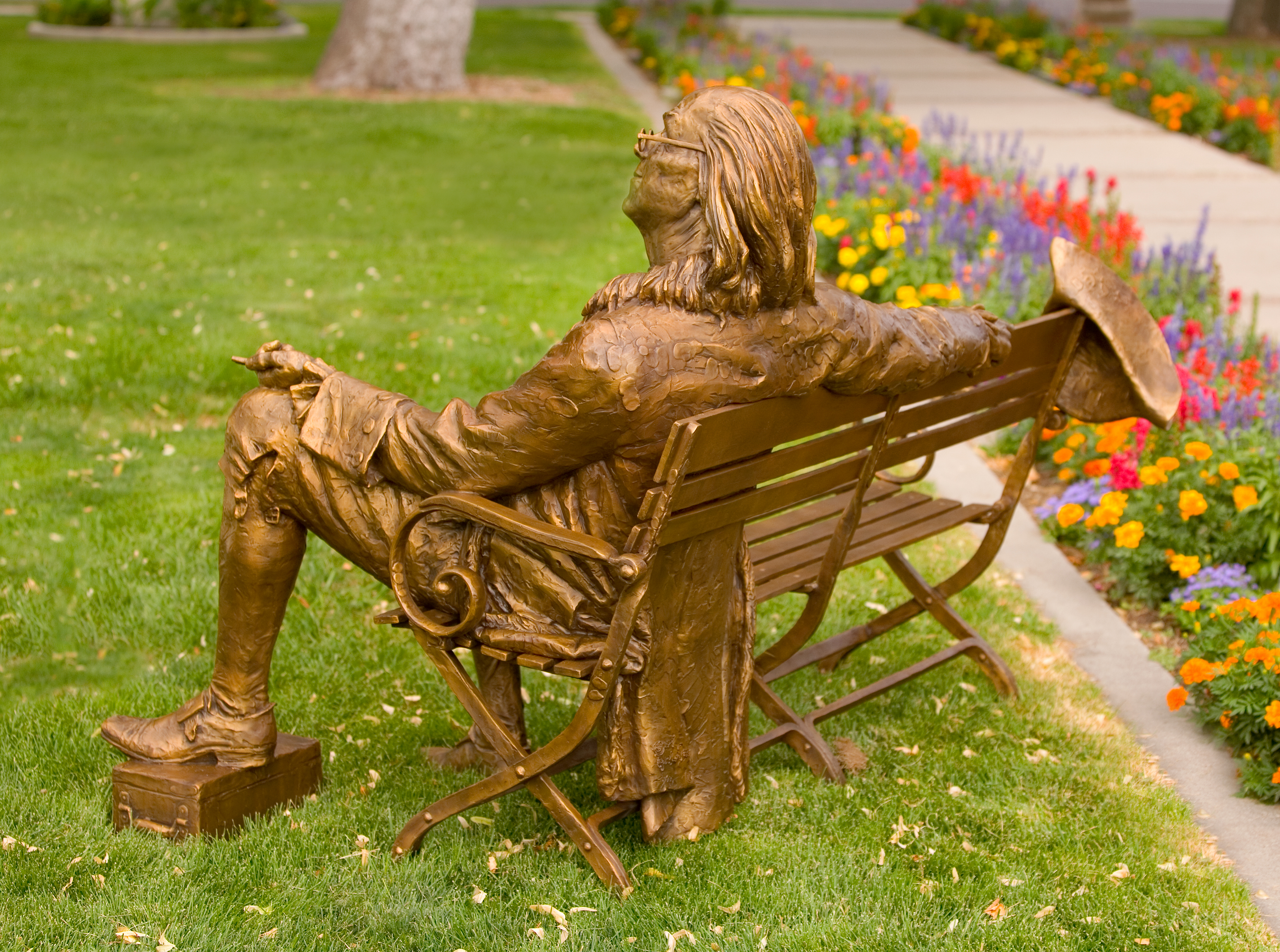 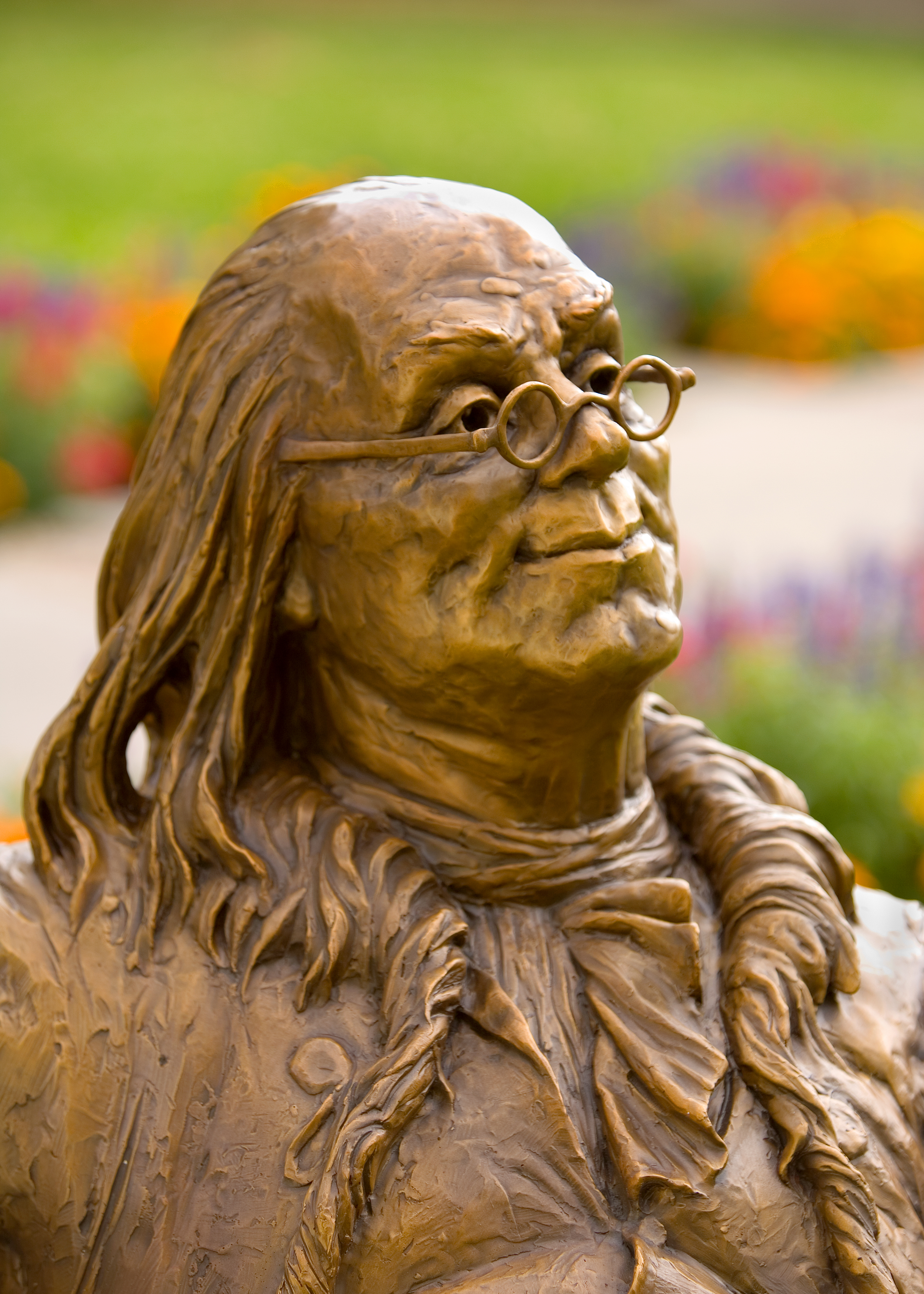 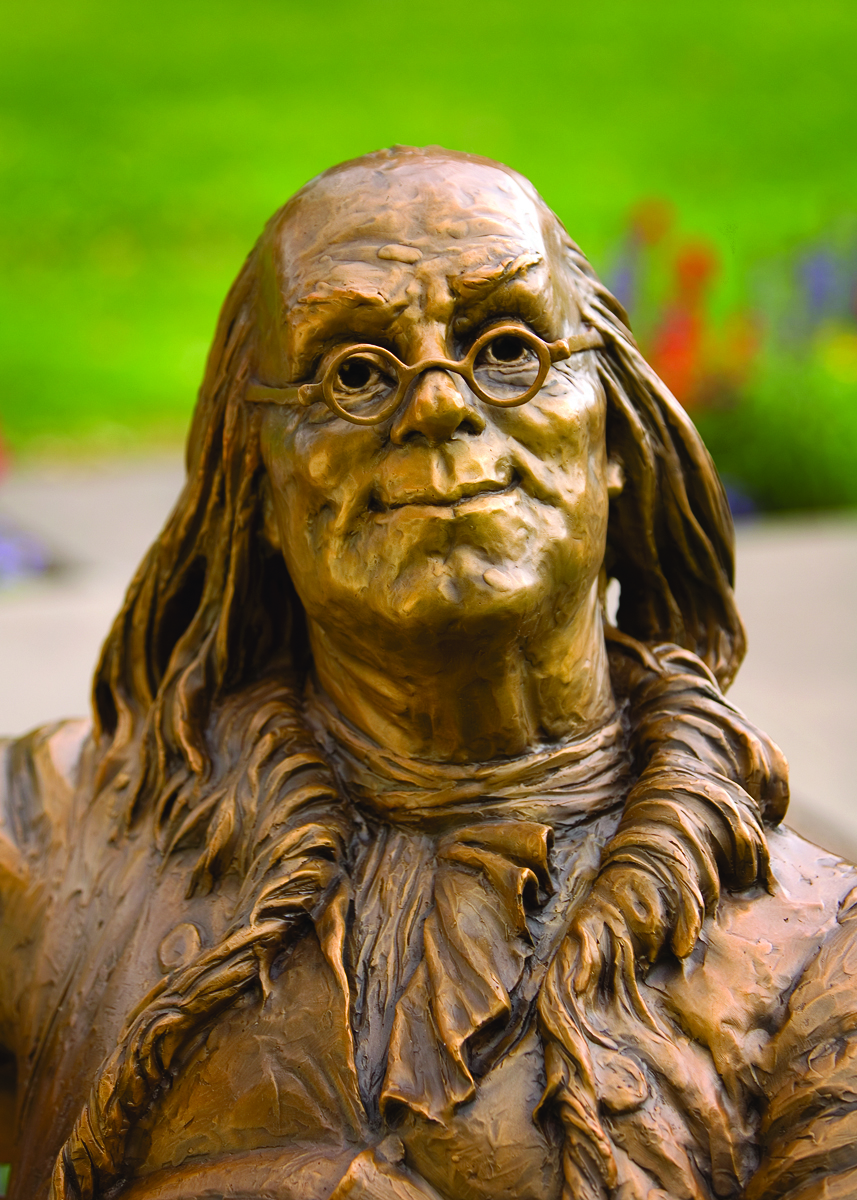 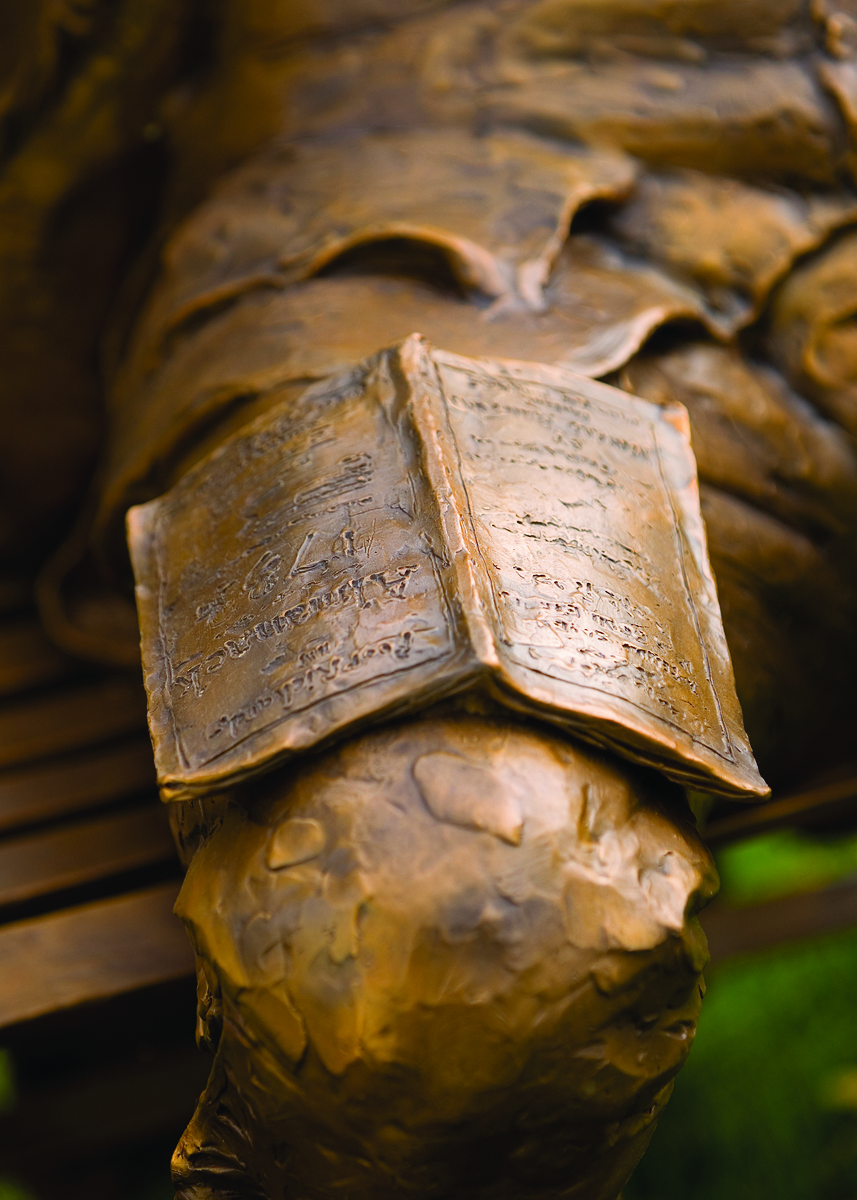 It was with great anticipation that I added Benjamin Franklin (1706-1790), America’s greatest folk hero, to my “Great Contributor” series. He is without a doubt one of the most remarkable men in history and certainly the most famous symbol of America’s rustic democracy and innovativeness. Retiring financially at the age of 42 he was rapidly becoming an international celebrity, already famous for his contributions to science and printing. He later said of all of his accomplishments he wanted to be known as a printer. Aptly so, I created Ben wearing one of his most famous inventions, bifocals, along with a copy of his Poor Richard’s Almanac on his knee. In his left hand he holds a key, symbolic not only of his significance in America’s independence and founding but of opening doors in so many aspects of everyday life. His was a life of great service evidenced in his “giving” of the lightning rod to humanity- because he saw a problem, used his ingenuity and solved it. His foot rests upon a document container representing his super-involvement in the politics and negotiations of the times. His ambassadorship to France was vital to our country’s very existence.

I invite you to come, sit and take short respite with this amazing man. Perhaps ponder his contemplative smile and consider his approach to life along with his wit, wisdom and humor.