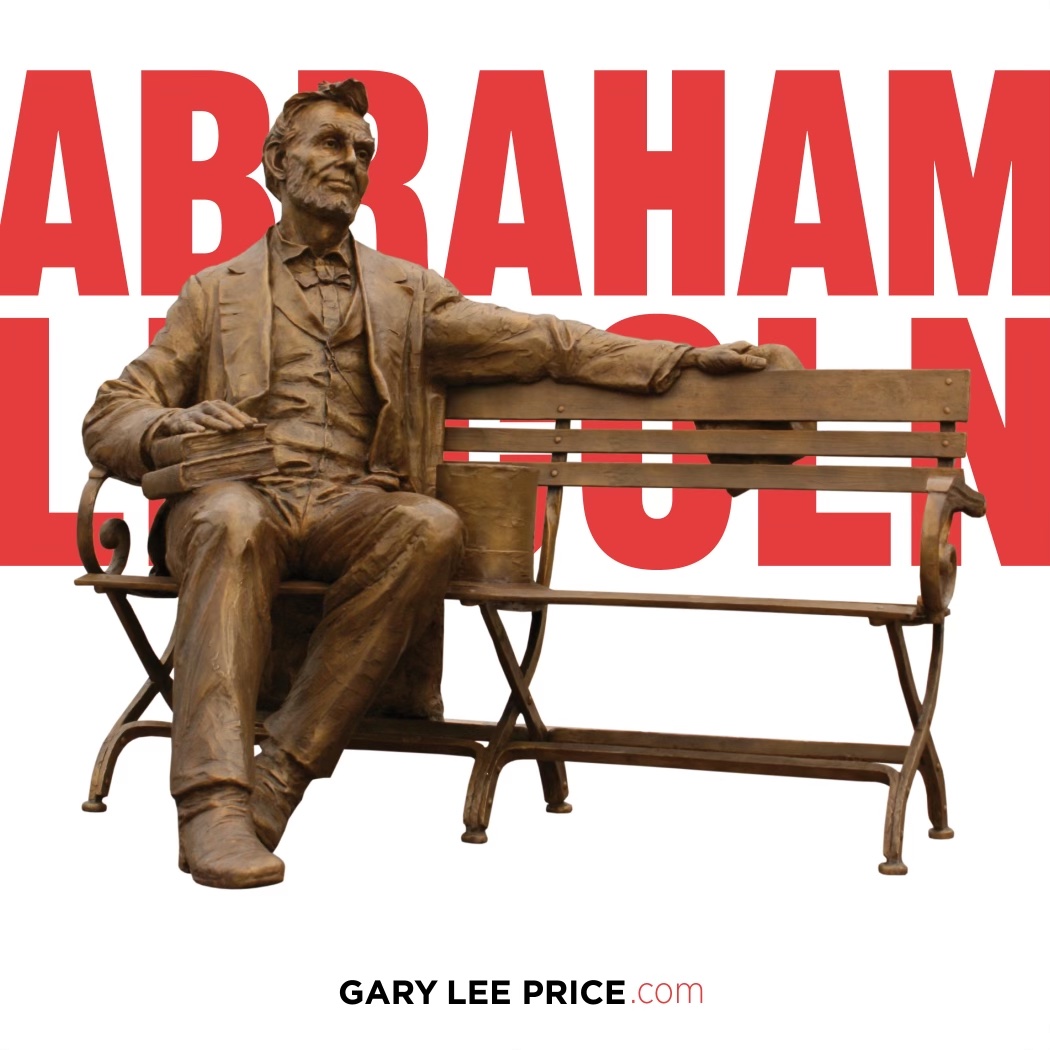 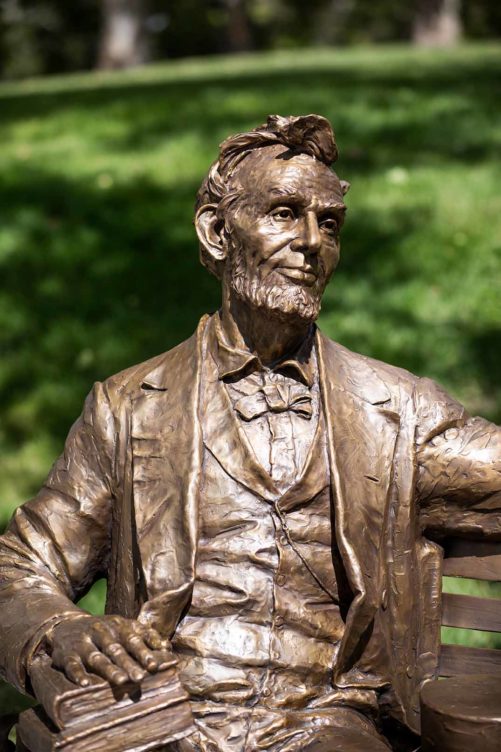 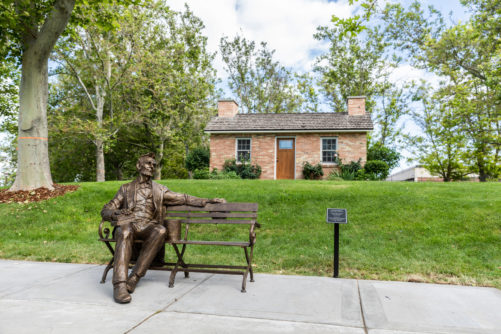 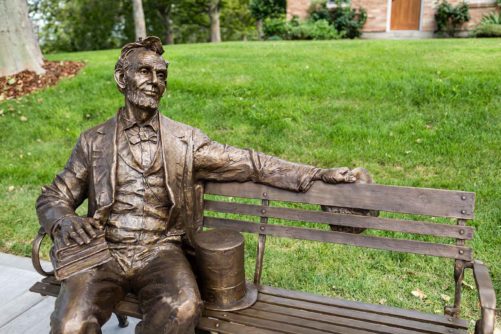 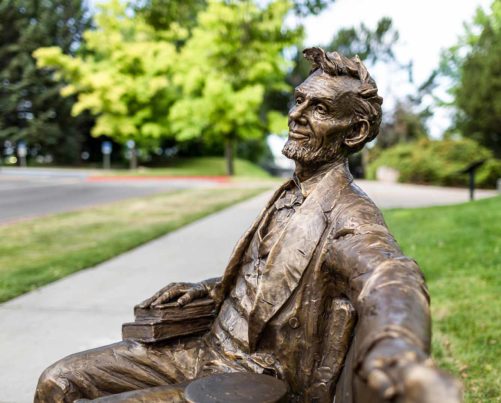 I created the towering 6’4” Lincoln in repose, enjoying a few minutes of reflection as he is about to address the nation with 272 of the most memorable, powerful words ever uttered; the Gettysburg Address. He followed Edward Everett, the greatest orator of the time, who delivered a lengthy 2 hour discourse. Everett wrote Lincoln the next day of the 10 sentence speech, “I should be glad if I could flatter myself that I came as near to the central idea of the occasion, in the two hours, as you did in two minutes.”

Lincoln not only helped dedicate a National Cemetery, he rallied our young nation to, “a new birth of freedom and that our government of the people, by the people, and for the people should not perish from the earth.”

Lincoln’s high-hat was necessary for his frequent journeys. It served him as a desk and he was often seen jotting down ideas and placing his notes inside the lining.
From the beginning his insatiable thirst for knowledge served him well. Books meant everything to Lincoln and at one time he even was quoted as saying, “My best friend is the man who’ll get me a book I ain’t read.”

I portrayed Abe with an inviting smile- contrary to most solemn photographs. He loved to tell jokes and was known for his hearty laugh. He loved people, often greeting them with a “howdy, howdy,” followed by a two handed clasp of friendship.

I invite you to sit with and get to know even better this amazingly simple and yet complex man that was our 16th president.