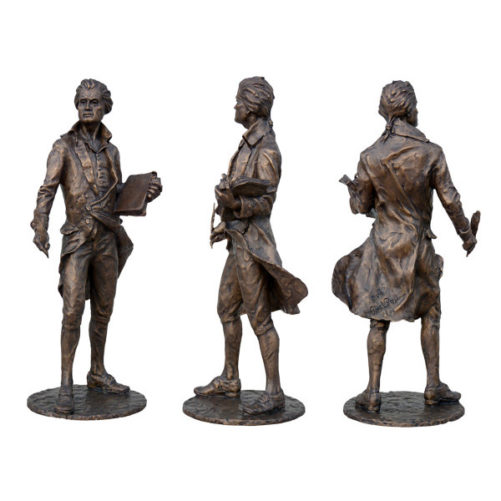 “As a six foot-two, ruddy, red haired, slim – revolutionary, statesmen, architect, violinist, inventor, tinkerer, amateur scientist, writer, President (our third), expansionist (nearly doubled the size of our country with the Louisiana Purchase), and food and wine connoisseur – one would think his kaleidoscope of brilliance would mark him as one of the most non-controversial, sanguine figures in American history. I didn’t realize it until researching heavily; Thomas Jefferson remains to this day one of the most paradoxical characters shaping where we are as a nation today. I found R.B. Bernstein’s biography to be the most insightful. For all of his faults and controversy, one cannot deny his implicit genius and fortitude in creating a much better planet than that which he inherited. With pen, ink and journal in hand – I’ve depicted ‘The Statesman’ readied and un-shirking to the multi-tasks at hand.” -GLP