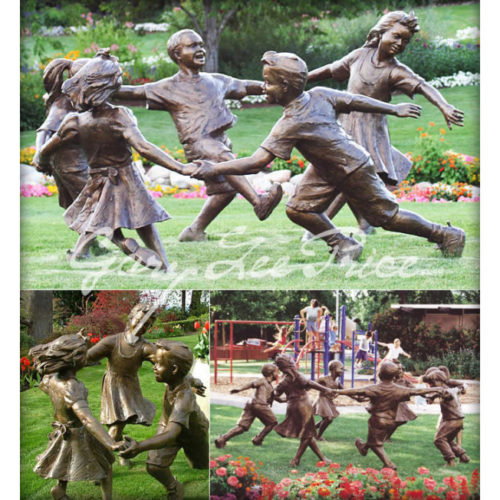 Bronze sculpture of children holding hands in a circle

I watched on television an interview with a former white supremacist. At age eighteen, he was imprisoned because of his violent acts. The interview became very interesting to me as he recounted his reformation while in prison.

He told how, prior to his sentence, he vehemently avoided people of other races. Simply: they were to be hated, they were to be abhorred, and they were to be despised. For a time, he was in solitary confinement. Overnight, he was placed in an environment where interaction with men of many colors and from many cultures was a welcome experience. Relationships developed. Biases subsided. Upon release from prison, he found himself free from the prejudices and the bondage that had previously tied his hands and soul.

This story fascinates me. The prejudice could only occur when there was no interaction. When the associations were built, the barriers were destroyed. Friendships occurred. This idea is what “Circle of Peace” represents; portraying children from all walks of life playing with and enjoying each other. The children form a circle, which represents the continuum of humanity. The clasped hands represent the interaction and cooperation, together with compassion and respect, which engenders humanity. Respect for each other’s uniqueness bridges the gap between any indifference.